How to use Electron as a local server

I was poking with this little idea about using Electron as a host to run a local webserver, for a while. So, here the POC, even though I don't know if it's something that can be useful or not but, who knows?

I've cloned the popular Electron Quick Start to have an Electron app without hassles, then run npm install and npm start to test whether my Electron instance worked properly.

I've decided to use node-static module as a local webserver which is dead-simple and good enough for this test. I've installed it with npm i node-static.

Then, I've created a new server.js file in the root folder with the following code:

This is a very minimal local webserver the serves files in a folder. We also need a folder where to put the files that will be served by node-static, the project content should looks like this one:

The last point was about to run server.js from within Electron. The following code does the job and can be put in the main.js file or in the renderer.js as well, depending of the project scope:

I'm exploiting an internal Node.js functionality to run a so-called child process to bootstrap the server.js script. The __dirname variable is required if you want to deploy on a binary build otherwise the script won't be reached properly.

That's approximately all. Now you just need to run the npm start command from the shell to run Electron and don't forget to point your browser to the URL http://localhost:9990: 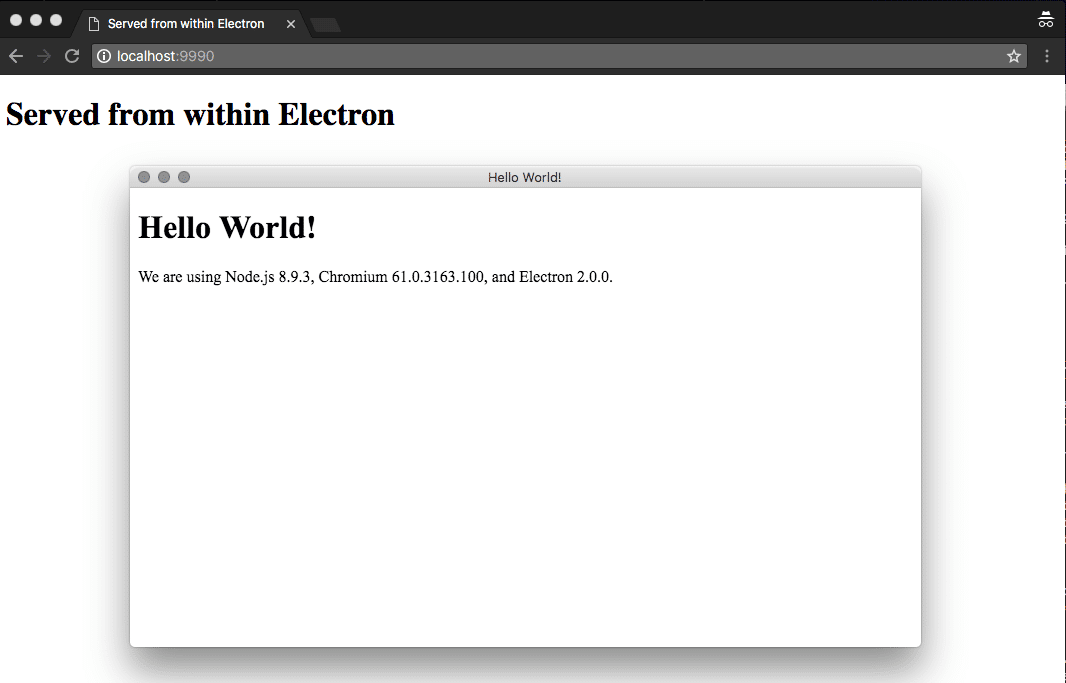 ← How to inject an external SVG with D3.js
On empathy →